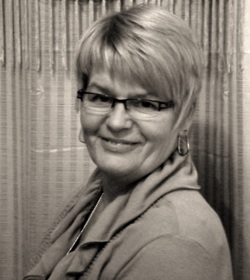 Heather is the owner and Artistic Director of Expressions the Dance Gallery now in its 37th dance season in Alberta.


Mrs. Thomas has had the opportunity to choreograph over twenty full length stage shows, which have been performed in countries such as Australia, New Zealand, Japan, England, Scotland, Germany, France, Spain, Greece and the USA.

Heather believes strongly in exposing herself, and her students to new challenges. In turn they have been awarded many high-score and title awards. As a direct result of Heathers professional and personal nurturing many of her students have gone on to enjoy professional careers performing with  Brittney Spears, Queen Latifah, and Wayne Brady just to name a few. Other students have loved performing with numerous Cruise Lines, The Second City in Toronto, On and Off Broadway productions incorporating dance, theatre, Ariel Acrobatics, Circus Arts often whilst travelling to all corners of the world.

Ms. Thomas is in constant demand across Canada and the USA as an adjudicator, teacher and choreographer, but her heart always lies within the studio! 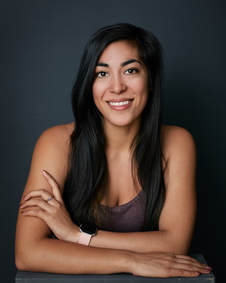 Born and raised in Banff, AB, Jasmine has been dancing and performing since the age of four. She began training in ballet and quickly expanded into other disciplines including jazz, modern, contemporary, lyrical, hip hop and tap. She has obtained her Advanced 2 ballet exams with both the Royal Academy of Dance and International Dance Teachers Association, completed Advanced levels of jazz and modern and has attended conventions and competitions throughout Canada. While following her passion for dance she began her journey as a teacher passing on her knowledge, experience, dedication and energy to each of her students. Jasmine has worked to obtain multiple certifications in various disciplines while completing her Bachelor of Science Degree at the University of Victoria. She is a Registered Teacher with the RAD, IDTA, Acrobatic Arts and Progressing Ballet Technique and continually partakes in professional development and performance opportunities. As a teacher she strives to develop a passion for dance through upbeat and motivating classes, and inspire students to achieve their personal goals. 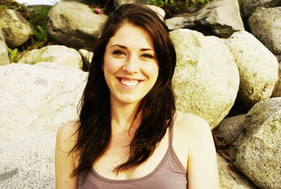 Brittney began her dance training in Calgary Alberta. Her training in Ballet, Jazz, Tap, Contemporary, Lyrical, Hip Hop, and Modern has taken her around the world performing with The Calgary Dance Express. In 2003 Brittney represented Canada in both Jazz and Tap at the Worlds in Riesa, Germany. She has also had the pleasure to be part of the hugely successful Tap Company M.A.D.D. Rhythms. Brittney was a part of Sarah Dolan's contemporary company O2 Dance. She performed with O2 for 2 years, performing in they’re sold out show; I.M The Seasons Of Love.


She has also danced for musical artists Michale Fitzgerald, Bif Naked, Narai Dawn, Jess Cullen and many more. Her recent performances as a principal dancer include: Lovers of Marley, Lovers of Queen and Sweett Moves.  She danced in the extremely successful fundraiser for St. Paul's mental health ward "Brilliant".  As well as the sold out show run of Dances for a Small Stage 35 ~ Valentines Edition, and more recently choreographed and performed a piece for the University of Calgary’s Arch Awards as well as a music video for Alberta's own Gord Bamford.

A student of Expressions the Dance Gallery from the age of five Britney has held EDG in her heart as her second home for many years. Working along side her teachers and fellow classmates now as a member of the faculty is a joy she can barely contain. Having two siblings in attendance with EDG she spends almost all her free time involved at the studio. She was overjoyed with the opportunity to work for her idol and "second mother" Heather Lawrence and hopes to uphold the amazing image that Heather has created for EDG, and looks forward to sharing her love of the arts with kids starting dance the same age as she did. 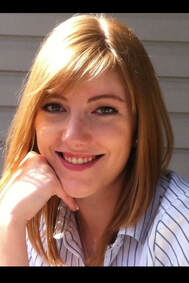 ​Kayla's first steps into dance were clad in tap shoes at the age of two; thus sparking her passion for tap dance. Over the years, Kayla has branched out into jazz, ballet, lyrical, and contemporary; training and competing with various studios within Calgary. Kayla finds tremendous joy in passing her knowledge to her students and seeing their success in the studio and on the stage. Kayla has been a part of the Expressions dance family since 2011 and is looking forward to teaching her fifth year at the studio. 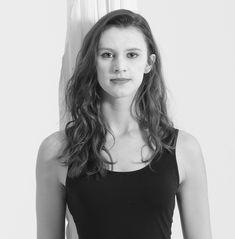 Anne-Marie started circus as a recreational activity when she was 7 years old. In high school, she was part of a wind orchestra as a saxophonist and, with some friends created their own theatre troupe. In 2009, she started to teach and to train as a circus artist at Verdun Circus school in Montreal. She completed two years of their preparatory program where she focused on hand stands, trampoline, acro, hand to hand, aerial, juggling, acting and dance.


In 2013, she enrolled in the teacher training program at the National circus school in Montreal. With this course, she had the opportunity to complete her internship with École nationale de cirque de Châtellerault in France, a circus school that run a circus-studies program for students between 15 and 17 years old.


Since then, as a circus artist, she has been performing in benefits shows, the Festival international de Jazz de Montréal, street entertainment programming and festivals. One of Anne-Marie’s passions was realized when she created a silk duo. This unique and dynamic act was performed all around Quebec before being hired by Cavaland, an equestrian circus company. Anne-Marie worked for 5 years with Cavaland as an aerial acrobat and dancer. As a teacher she has taught in nearly 10 circus studios, high schools and kindergarten classes in Montreal. In December 2017 she completed her university studies in cultural project management.
Dance School in Strathmore Alberta Canada